The slides in the presentation below, which were shown before the Monday Plenary session, represent snapshots of 80 years of progress in microscopy, relating to all three Societies. 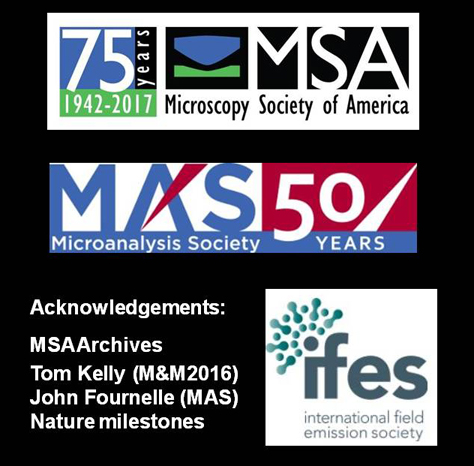