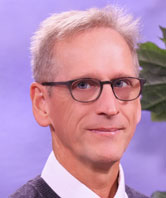 Rudolf Tromp is a scientist at the New York IBM T.J. Watson Research Center and professor of physics at Leiden University. In 1989, after working with Medium Energy Ion Scattering and Scanning Tunneling Microscopy, he jumped into the then fledgling field of Low Energy Electron Microscopy (LEEM) and designed and built the second operational LEEM instrument in the world (1991). Continuing improvements culminated in an aberration-corrected instrument (available through SPECS Instruments GmbH in Berlin) with ~1.5 nm resolution, about two times the wavelength of the 3.5 eV electrons used for imaging. He has applied LEEM to a range of topics in surface and interface science, including phase transitions, epitaxial growth, formation of quantum dots and nanowires, organic semiconductors, low energy electron beam exposure and lithography, electronic structure of 3D and 2D materials, etc. Tromp is the (co)author of about 280 publications, and holder of 47 US and International Patents. He is a fellow of APS, AVS, and MRS, and the recipient of the Wayne B. Nottingham Prize, the APS Davisson-Germer Prize, the APS Distinguished Lectureship Award on the Applications of Physics, the MRS Medal, and the AVS Medard W. Welch Award. He is also a member of the US National Academy of Engineering.