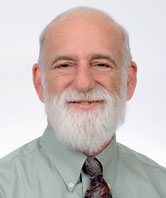 Edward Calomeni earned a B.S. in Medical Technology and a B.S. in Microbiology 1980 from Michigan State University, where he learned transmission electron microscopy. In 1981, Edward moved to Baylor College of Medicine, Houston, Texas to work in the Department of Virology. The majority of his endeavors involved rotavirus research but was part of the very early HIV research. In 1991, Edward moved to a human clinical EM lab at the Medical College of Ohio (now the University of Toledo Health Science Center). Edward is currently at Wexner Medical Center Ohio State University. He became a member of MSA’s Certification Board in 1993 and remains active on the Board today.