MSA is now an affiliate of the Science History Institute (November 18, 2019)

It is with deep sadness that we report the passing of Caroline Schooley on April 15, 2018 at the age of 86. Caroline was a graduate of UC Berkeley with a Masters Degree in Microbiology, but began her career in electron microscopy in the early 1950s as an undergraduate, starting as a photography technician in the Electron Microscopy Laboratory and working her way up to becoming director of the EML. In the course of her career she taught countless students the art and science of electron microscopy as both instrumentation and techniques of specimen preparation advanced. She was a strong advocate of collaboration and strongly advised people, especially women, to join the Microscopy Society of America, pointing out it was one of few societies that was degree- and gender-blind.

In her retirement Caroline helped form Project MICRO, an educational outreach program of MSA, and served as coordinator of the program for many years. The focus of this program is developing interest in science and microscopy among pre-college students. Caroline in particular hoped to inspire young girls into the sciences.

Caroline wrote several articles for Microscopy Today, for example Microscopy For Children (2007), What is ProjectMICRO (2010). In September, 2016, there was a sudden increase in parent and teacher Emails to MICRO asking for further information. She was delighted to find MICRO in the coveted #1 spot when someone did a Google search for "school microscopes."

Caroline was awarded the Morton D. Maser Award in 1992 and became a Fellow of the Microscopy Society of America 2009, cited as "an outstanding microscopist and educator who has made exceptional contributions to microscopy education from K-12 through post-graduate levels." 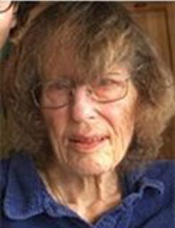 MSA reports the passing of Shinya Inoué on September 30 in Falmouth, Mass. He was 98 years old. An extraordinary scientific leader and mentor at the Marine Biological Laboratory for more than half a century, Inoué was named Distinguished Scientist, the laboratory’s highest honor, in 1986. One of Inoué’s greatest contributions was to introduce the era of live-cell imaging by using polarized light microscopy to explore the intricacies of cellular structure and dynamics. He received the Distinguished Scientist Award from the Microscopy Society of America in 1995. A complete obituary is available here. 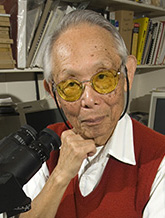 MSA reports the passing, in March this year, of our 1976 President, Dr. Etienne de Harven. He received his medical degree with high honors in Belgium. After early work on centrioles with Bernhard in Belgium, he did cancer research at Sloan-Kettering and was Professor of Cell Biology at Cornell 1968-1981, focusing on EM of viruses. From 1981, he was Professor at the Banting Institute, University of Toronto, from which he retired in 1993. Later in life he became known for his strong opinions on AIDS research. 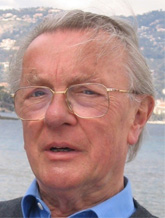 MSA announces the passing of Dr. Michael Rossmann of Purdue University on May 14, 2019. Dr. Rossmann was one of the giants of structural biology. In 1985, he used x-ray crystallography to determine the structure of the common cold virus. More recently, with Dr. Richard Kuhn, he determined the structure of Dengue and Zika viruses by cryo-EM. A native of Germany, he was recipient of numerous prestigious awards and honors. 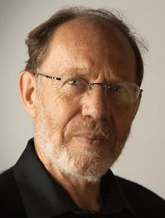 MSA sadly reports the passing of James Pawley on March 7, 2019.  He was born in 1944 in England and educated in the US.  In 1978 he joined the faculty of the University of Wisconsin at Madison where he remained.  His contributions to microscopy were related primarily to cell biology and to engineering, and were many and varied.  He started by making several practical improvements to the Madison high-voltage EM, and then went on to develop use of high-resolution low-voltage SEM.  Subsequently, he became a confocal light-microscopy pioneer.  He is well-known for editing the Handbook of Biological Confocal Microscopy (Springer), which is now in its third edition (1989, 1995, 2006).  After retiring, he devoted considerable effort to raising the alarm about climate change. 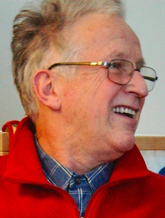 MSA announces with regret the passing of Sir Aaron Klug on November 20, 2018, at age 92. Klug was born in Lithuania, but grew up in South Africa. He received the Nobel Prize in chemistry in 1982 for the development of electron crystallography. After early work in metallurgy at Cambridge, in the 1950s and 1960s, he worked with Rosalind Franklin on the structure of Tobacco Mosaic Virus (TMV), and then worked on viruses with Kenneth Holmes and John Finch. He joined the MRC lab in Cambridge in 1962, and he was knighted in 1988. In 1970, his work with DeRosier and Crowther on 3-D reconstruction from projections resulted in a landmark paper in structural biology. MSA recognizes many Nobel prizes having been awarded to both light and electron microscopists. 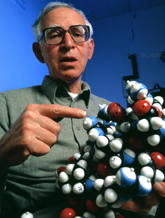 We announce with sadness the passing of Prof. Ken Downing, "one of our own", having been MSA Past-President, MSA Fellow, and MSA Distinguished Scientist. Ken's many contributions to structural biology and cryo-EM are legendary, and he will be sorely missed by a large community of colleagues and friends. 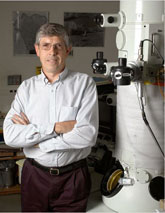 We regret to announce the passing of Sterling P. Newberry on January 28, at the age of 101. Sterling was the last surviving founding member of our Society, from 1942. He contributed to our society throughout his carrier, especially for our 50th anniversary, in 1992. For this occasion, starting in 1990, he carried out video interviews of many of the pioneers in our field. This work has continued, and the list is at:

We also published Sterling’s book "EMSA and its People — the First Fifty Years", which was given to each attendee of the 50th Anniversary Annual Meeting in 1992 in Boston.  A few copies are still available from large booksellers.  Sterling was given a certificate of special recognition at M&M 2006 in Chicago, the last he was able to attend.

We are saddened that he cannot be with us at our 75th annual meeting in St. Louis this summer, however it is very fitting that the meeting be held there, since Sterling built the very first electron microscope in the US there, in 1935.  The 1939 version is at the Medical School of Washington University, and we hope to display it at M&M2017.  Little is known about the early US election microscopes because they did not exceed the resolution of the light microscope, as did the 1938 Toronto TEM of Hillier and Prebus.

Sterling worked for many years at the General Electric Company, where he designed an electrostatic TEM that was not marketed and the first commercial x-ray microscope, of which about 100 were sold.

After GE, Sterling founded the MicroBit Company, which designed a “fly’s eye” electron-optical memory device for computers (which was, of course, superseded by silicon devices). Subsequently, he pursued scientific studies at this private lab (CBI), collaborating with several scientists in applications of x-ay microscopy as well as continued development of x-ray microscopy. He was very active in scientific research into his 80s, and was enthusiastic about microscopy outreach and teaching to young people. 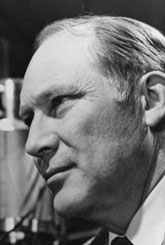 It is with sadness we announce that E. Ann Ellis, an MSA member for many years, passed away on 29 October 2016. Ann was known by all for her vast knowledge of microscopy, especially biological specimen preparation and her expertise in the chemistry and formulation of embedding resins, much of which was published in peer-reviewed journals. She was a charter member of the MSA Technologists' Forum (1982), served in several capacities on the Tech Forum board, and was an organizer/chair of a number of Tech Forum-sponsored scientific sessions as well as an Invited Speaker at the Annual Meeting and Microscopy & Microanalysis over the years. Ann was also a member and former Chair of the MSA Certification Committee, and past member of the MSA Nominating and Fellowship Committees. She was a member and officer of the Southeastern Microscopy Society (SEMS) and the Texas Microscopy Society (TMS). Ann held positions at the University of Florida, San Joaquin Delta College and Texas A&M University prior to her retirement in 2013.

More than anything, Ann was always willing to share her knowledge with others, and was a teacher and mentor to students and early-career microscopists. She was the Microscopy 101 Editor of Microscopy Today, which gave her an additional platform to share microscopy knowledge. Ann was recognized by MSA with the Professional Technical Staff Award in 2004, the Hildegard H. Crowley Outstanding Technologist Award in the Biological Sciences in 2010, and was elected as a Fellow of the Microscopy Society of America in 2015. The citation on her Fellowship certificate reads, "For an outstanding career of selfless dedication to the field of microscopy in research, applications and educational outreach. Ann Ellis personifies excellence and professionalism."

Ann’s obituary can be found at E. Ann Ellis obituary and the online guestbook can be viewed here.

We extend our deepest condolences to Ann’s family and friends. She will be greatly missed. 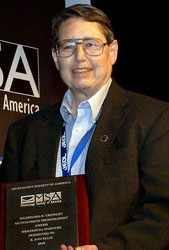 It is with deep regret that we inform you of the death of Dr Ahmed H. Zewail on the 3rd of August 2016. Dr. Ahmed Zewali was 70 and is survived by his wife, Dema Faham, and their four children. Ahmed H. Zewail was the Linus Pauling Professor of Chemistry and a professor of physics at California Institute of Technology, and the recipient of the 1999 Chemistry Nobel Prize.

The Egyptian-born researcher was also well known beyond the halls of academic science. For years he crisscrossed the globe serving as an international science ambassador and a member of President Obama’s Council of Advisors on Science & Technology. In that capacity, he promoted scientific and educational collaborations between the U.S. and countries in the Middle East—part of a plan to foster friendlier relations and improve U.S. standing in that region. 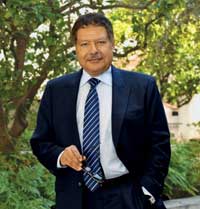 Zewail is pictured here on the
Caltech campus in 2011.
Credit: Mitch Jacoby/C&EN

It is with deep regret that we inform you of the death of Dr Patrick Echlin on the 24th of October at the age of 83.

Patrick was well known to many involved with the Society as he channelled his enthusiasm for microscopy through handbooks, scientific articles and events. He is Past President, an elected Fellow, and an Honorary Fellow of the Royal Microscopical Society and received the Distinguished Scientist Award in Biological Sciences from the Microscopy Society of America in 2001. He was made a Fellow of the Microscopy Society of America in 2009.

Outside of the MSA and RMS, Patrick was a lecturer in the Department of Plant Sciences and Director of the Multi-Imaging Centre, School of Biological Science at the University of Cambridge until he retired in 1999. He taught for more than thirty-five years at the Lehigh University Microscopy School and was the author and co-author of eight books on scanning electron microscopy and x-ray microanalysis. His research focused on imaging and microanalysis of biological materials at cryogenic temperatures, spanning important aspects of specimen handling, preparation, and artifacts as well as instrumentation including the scanning electron microscope and scanning transmission electron microscope equipped with energy-dispersive x-ray spectrometers.